SST is an authorized Channel Partner for polymorphic encryption solutions offered by AQED.

AQED Corporation has created, designed, and patented (Patent 9,178,514, November 3, 2015) an entirely new approach to the encryption issue of how to secure data and maintain user privacy. AQED’s innovative Polymorphic Key Progression Algorithm (PKPA) technology is designed to overcome the flaws and inadequacies associated with today’s AES standard encryption algorithms. This encryption technology is being submitted for GSA IT 70 SIN 132-33, contract number GS35F387DA.

PKPA will be the new standard for encryption technology. We are working with NIST. GSA IT Schedule 70 contract - GS35-F387DA. 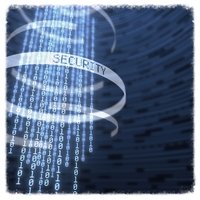 Encryption technology is now a critical part of many products and services, used in the commercial and consumer realms to protect data both while it is in transit and while it is stored, such as on a hard drive, smartphone or flash drive (data at rest). Devices like modems, set-top boxes, smartcards and SIM cards all use encryption or rely on protocols like SSH, S/MIME, and SSL/TLS to encrypt sensitive data. Encryption is used to protect data in transit sent from all sorts of devices across all sorts of networks, not just the internet; every time someone uses an ATM or buys something online with a smartphone, makes a mobile phone call or presses a key fob to unlock a car, encryption is used to protect the information being relayed.

Unencrypted data, often referred to as plain text, is encrypted using an encryption algorithm and an encryption key. The most widely used symmetric-key cipher is the Advanced Encryption Standard (AES), which was designed to protect classified information. Encryption is widely used on the internet to protect user information being sent between a browser and a server, including passwords, payment information and other personal information that should be considered private. Organizations and individuals also commonly use encryption to protect sensitive data stored on computers, servers and mobile devices like phones or tablets.

AQED can be used as a stand-alone encryption system or as an encryption replacement technology. It is a layered technology that can be added on existing encryption algorithms to make them stronger, and more importantly, faster.

AQED’s innovative and patented polymorphic technology eliminates the flaws and inadequacies associated with AES encryption algorithms. Instead of dealing with large monolithic blocks of data, AQED decomposes the information to be protected into multiple segments (shards). These individual segments each have a unique encryption key, utilize different encryption algorithms, then randomly grouped into different lengths and can be further re-encrypted. Since segments are independent from each other and are individually protected, this new technology is not susceptible to computational attacks. In fact, the strength of AQED’s technology actually improves as compute power increases.

Below are the features of AQED:

The AQED approach applies a unique encryption key to each and every piece of fractured data. This eliminates another vulnerability that is commonly seen in many of today’s implementations – that of static keys. As a further protection, it is also possible to use different encryption algorithms for each segment of data to be secured.  For example, segment A could use AES-256, segment B could use Blowfish, segment C could use 3DES, etc. In fact, each segment of data could then be further re-encrypted dozens, hundreds, or even thousands of times. This is one of the characteristics that makes AQED’s technology very scalable. As hackers get more sophisticated and continue to have access to ever-increasing amounts of computing horsepower, our technology can be easily and quickly scaled to even greater levels of security through a variety of techniques including, but not limited to, massive amounts of re-encryption.

The most unique issue about our technology is the fact that even if one segment of data was to be somehow compromised, there is no information gained about the rest of the plaintext source data since every segment is unique and independent from all other segments. This is very different than existing approaches that require the use of a monolithic block of data – if this were to be compromised, then the entire source file becomes visible to the attacker. As can be seen, AQED offers a very unique and innovative way to protect data. AQED technology can be an independent encryption technology or it can be used to supplement existing encryption algorithms. This results in an encryption solution that can be easily appended to any product, service, or application that already utilizes encryption technology to secure data.